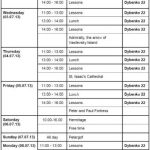 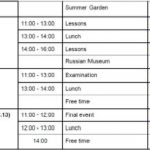 We had app. 100 applications. Half of them got lost.

Some of them had problems with payments, some with visa.

The participants came from different countries: 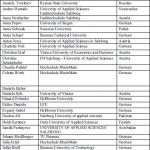 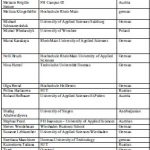 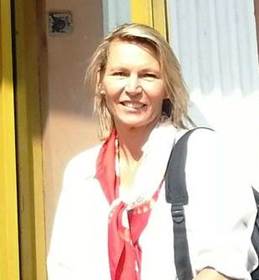 Elisabeth Holoubek was born in 1961 in Helsinki, Finland. She studied Business Informatics at the University of Vienna in Austria and graduated with a master degree in 1988.

After 20 years’ experience in the IT branch as a Software Engineer and Project Manager at Siemens she began with two postgraduate MBA studies with the Specializations in ‘Project & Process Management’ (graduation with distinction) as well as ‘Banking’ at the WU Executive Academy of the Vienna University of Economics and Business.

Since April 2012 she is CEO of Atim One GmbH and works as a Management Consultant with main focus on Project Management. 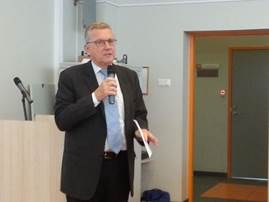 Doctorate (PhD) in 1974 at University in Vienna in Communication Science, Two terms in Cambridge.

Many years in management positions in industry like marketing manager with Philips, „DATEX-Technical Development Corp.“ Frankfurt, Germany,  export director for Central- and Eastern Europe and Latin America. Alcatel Headquarters in Paris with the responsibility for Latin America and Europe, development of the distribution network of Alcatel in Eastern Europe, foundation of 12 companies with nearly 100 subsidiaries (Kazachstan to Hungary)

From 2010
vice chancellor University of Buraimi

Publications: 50 books, some in up to seven languages, participation in more than 60 compendiums, more than 200 articles in specialist journals

The organization was done by

The afternoon programs and excursions for students were organized by students from SUT.
For the seminar rooms there was staff from SUT: technician for technical equipment, general seminar room subjects, etc

The course is about the Project Management Methods and Processes. The main part of the course, Project Management Methods, covers e.g. the Project Assignment, Project Objectives Plan, Project Objects of Consideration, Work Breakdown Structure, Work Package Specifications, Project Milestone Plan, Bar Chart, Project Environment Analysis, Project Organization Chart, Minutes of Meeting, Project Close Down Report and Lessons Learned. During the course students will apply project management methods with a training project in groups of 4-6 students. For documentation purpose they will create a ‘Project Handbook’ while experiencing teamwork and playing different roles in a project. The second part of the course is about the design and methods of the project management process and its sub-processes: project start, project controlling and project close-down.  In order to enable students to get an even better insight into this topic, the students will have the chance to learn some basic things of one of the project management methodology, named PRINCE2. Last but not least: Social competence is of increasing importance for project managers. Projects as they are temporary and dynamic especially require social competence, which can be seen as the basis to fulfill the leadership tasks.

Production of a Film about Summer University

The students will have the chance, to learn theoretically about communication technologies and rules of journalism. But they also can work with new media by themselves. They will produce own TV- and radio clips.

The group will visit newspapers, television studios and other media companies.

In parallel they will produce a film about Summer University Prishtina

Students from SUT were responsible for organizing excursions for the students.

There were 2 bigger events:

Beside this students visited several times the city, the Emeritage, monasteries, etc 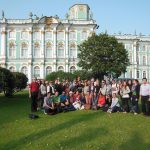 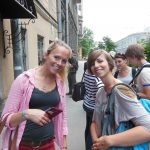 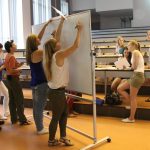 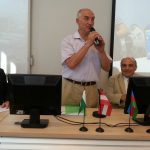 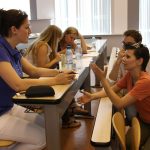 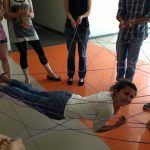 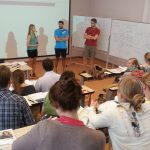